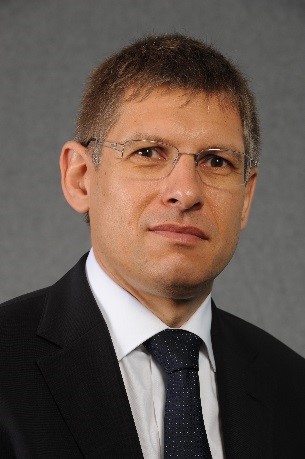 Abstract: Syria's sectarian fragmentation was not created when the war began in 2011; its genesis lies in an inherited Ottoman millet system accentuated by the "divide to reign" policies of Hafiz al-Assad. The war has compelled Syrians to cling to their sectarian identities more tightly, whether out of socioeconomic self-interest or simply to survive. Examining these identities is thus crucial to answering the most fundamental questions about the ongoing upheaval. In many ways, the Syrian conflict has been taken out of the hands of Syrians themselves, becoming a proxy war between regional and international forces that often exploit the country's divided society for their own benefit.

Fabrice Balanche is associate professor and research director at the University of Lyon 2. He is adjunct fellow at the Washington Institute. Formerly a visiting fellow at the Hoover Institution-Stanford University (2017-2018) and at The Washington Institute (2015-2017). Balanche, who also directed the Research Group on the Mediterranean and the Middle East (GREMMO), has spent ten years in Lebanon and Syria, his main areas of study, since first engaging in fieldwork in the region in 1990. Balanche holds a doctorate in geography from the University of Tours (2000) and an accreditation to supervise research from the University of Lyon (2013).Fabrice Balanche tries to understand political power by studying territory through a multidisciplinary approach that combines quantitative and qualitative methods, GIS, and direct field surveys. Mapping is an important part of his research. Today  he is frequently called upon as an expert consultant on Middle East development issues and the Syrian crisis. His publications include Sectarianism in Syria’s Civil War (2018), Geopolitics of the Middle East (2014, in French), Atlas of the Arab Near East (2011, in French 2011, Arabic 2014, English 2018), and the book version for his thesis, The Alawite Region and Syrian Power (2006, in French).