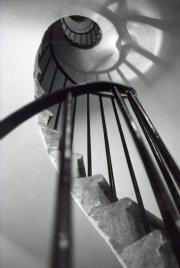 The Center for Religious Studies at
Central European University

The Sacred in Conflict:
Disagreements between and within Religions

Throughout mankind’s history, certain group conflicts have been understood as religious in nature and were expressed in normative terms such as the true and the false, the traditional and the revealed, the orthodox and the heterodox, the sacred and the profane or the sacrilegious. All such distinctions are problematic as descriptive categories, because they have been subject to constant negotiation and boundary work, both by participants in the conflicts and by scholarship. Since disputes on divergent religious beliefs and practices intersect in intricate ways with other fields of human activity (such as politics, culture or social relations), they form, as some might say, co-constructed conflicts. Disagreements arise between different religions, but can also erupt within various branches of the same faith, and the dissociation of external and internal adversaries often appears linked. Religiously motivated confrontation has continuously shaped people’s ideological landscapes and everyday realities, often causing deeply rooted conflicts, violent clashes, and ferocious infighting, which can persist throughout centuries. No less frequently, however, the rich corpus of diverse religious beliefs has encouraged societies to elaborate exegetical compromises or to admit plurality and toleration as a necessity, or even as a virtue. Tracing the historical, social, and theoretical implications of religious disagreement and the diversity of belief is presently an important task for academic research. Which motivations inform the justification for religious beliefs of individuals and groups? What manner of duties do believers assume in the face of impending conflicts? What justifies religious institutions? What is the role of the orthodox-heterodox binary in inter- and intra-confessional disagreements?