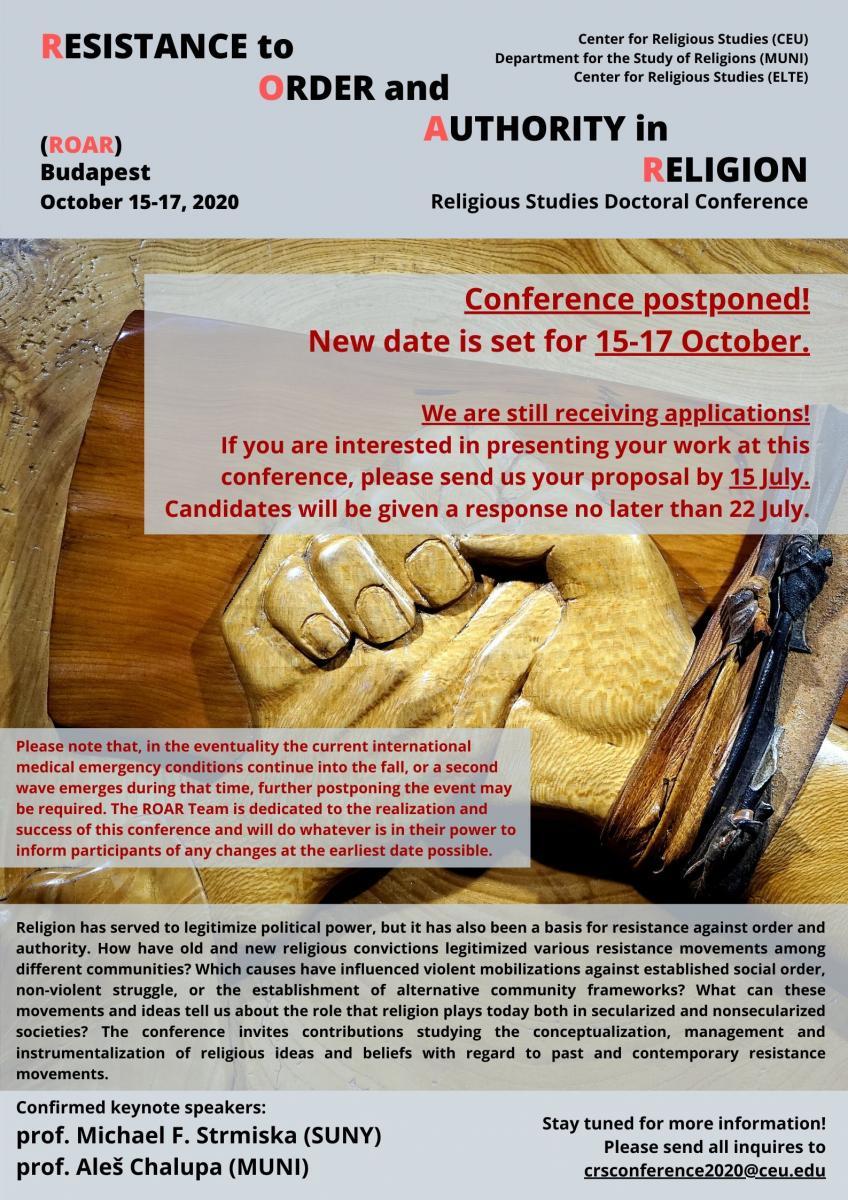 Due to the current international situation regarding Covid-19, the CEU/ELTE/MUNI PhD Conference, Resistance to Order and Authority in Religion will now take place 15-17 October 2020.

Resistance to Order and Authority in Religion (ROAR)

PLEASE Note: the CALL FOR PAPERS has been extended