Dr Harout Akdedian: The Rise of Radicalized Groups and the New Social Order in Syria 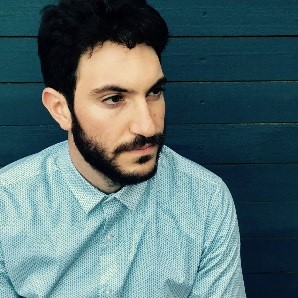 Abstract: After 2011, Syria witnessed the splintering of armed groups into a collection of private local militias, armed opposition groups, official armed forces, and other state-sponsored but semi-official paramilitary factions. This atrophy of the monopoly of violence coupled with the devolution of state functions to new actors indicate a drastic breakaway from the preexisting social order, especially at the local level. Local methods of public administration reveal a pattern of reconfiguration and utilization of religious organizational arrangements as a framework for local governance. Hence, the seminar focuses on Islamic and non-Islamic groups in Syria that rely on the institutional domain of religion as an organizational framework after 2011. This newly emerging condition of religion as a dominant institutional domain will be compared to pre-2011 conditions to reveal a preexisting process of growing religious institutional autonomy vis-à-vis the state.

Dr Harout Akdedian has a PhD in Islamic Studies from the University of New England in Australia where he taught in Islamic Studies, politics, and peace and conflict studies. His research focuses on the rise of radicalized Islamic groups and ethno-religious relations in Syria with particular attention to state-society relations and social exclusion in state formation processes. Dr Akdedian was a research fellow at the Human Rights Center in Costa Rica and worked as a freelance journalist in Lebanon and Syria. He has a BA in Political Science from Haigazian University in Lebanon and a Masters in International Law from the UN mandated University for Peace in Costa Rica.