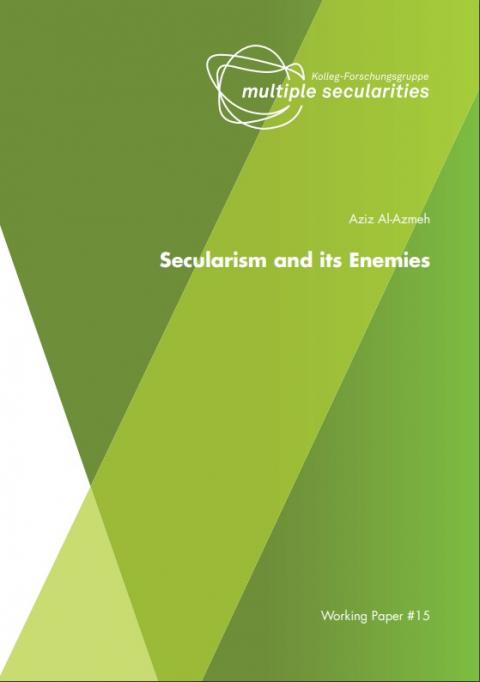 SFM Director Aziz Al-Azmeh's working paper on “Secularism and its Enemies” published in the series of the HCAS Multiple Secularities - Beyond the West, Beyond Modernities on September 7, 2020.

The following is intended to suggest a fairly simple contention concerning a number of interconnected propositions made in connection with the debates on modernity and secularism. None of these propositions is particularly novel, nor is this the first time that they have been put forward. Yet the issues raised have remained with us and become all the more pressing; I can see that points that were made, against the flow, more than two decades ago, now stand out more cogently than ever, and are being revisited, rediscovered or simply discovered by many. The simple contention I wish to start with concerns Islamism, often brought out emblematically when secularism and modernity are discussed. Like other self-consciously retrogressive identitarian motifs, ideas, sensibilities, moods and inflections of politics that sustain differentialist culturalism and are sustained by it conceptually, Islamism has come to gain very considerable political and social traction over the past quarter of a century.