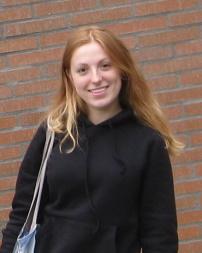 I have been interested in religious history since my first years of studies at Kyiv-Mohyla academy in Kiev. After graduation, I wanted to continue my studies at Central European University and the Specialization Religious Studies at CEU was the logical continuation of my previous pursuits.

When I entered the program, I did not know much about it, but it happened to be one of the best choices I’ve ever made.

My thesis was about the reformation of Kyiv Orthodox Church in the beginning of the seventeenth century when the new norms of preaching, writing and educating reached and challenged the Orthodox Church of the Polish-Lithuanian Commonwealth. I worked with a treatise on miracles which by its mere existence marked the deviation from the previous tradition of Kyiv Rus’ Orthodox Church (and its successors) where such genres had never been used before. This treatise was just a very small fragment in the whole process of rethinking and adjusting Kyiv Orthodoxy to the demands of post-Reformation society. Since that my ambition is to analyze more similar examples to get the complex idea of reforming.

The classes themselves were my most favorite experience within the SRS. When I came to the SRS, I had knowledge of the region I study and some texts produced in this region but I lacked the wider and systematic education on the core texts of Christian Church intellectuals. And how one can be a historian of the Church without reading Augustine or John Chrysostom? Thus, I am thankful to these classes for giving me a systematic vision on the development of Christian theology and also for giving me understanding of how much I still should read.

The SRS strengthened both my methodological skills and knowledge of sources.

What was particularly important for me is to see local phenomena in the wider context.  It was crucial for my studies to understand that people who reformed the Kyiv Orthodox Church were part of the European community of intellectuals educated on the same models but still diverse in the reception and application of these models.

Thus, the knowledge of authoritative texts and ability to recognize the accepted ideas/metaphors/symbols and their modifications would not be possible without these close reading classes, especially provided in the Bookish Traditions course and the Religious Dissents and Heterodoxy course I took as part of the SRS.

Ievgeniia graduated from CEU from the Department of History with a certificate in Religious Studies in June 2012.

She then returned to the Academy of Kyiv-Mohyla in her native Ukraine, organising an international conference on early-modern Ukraine and particpating in a European University Institute (Florence) Summer School on the methodology of history. Ievgeniia also participated in the program “Artes Liberales” at Warsaw University, which gave her the possibility to do research in Polish libraries and archives as well as cooperate with top scholars in the feild.

She is currently studying at Yale University as a PhD in History.
Category:
Why Join CRS? Alumni Perspectives