Striking from the Margins Project I 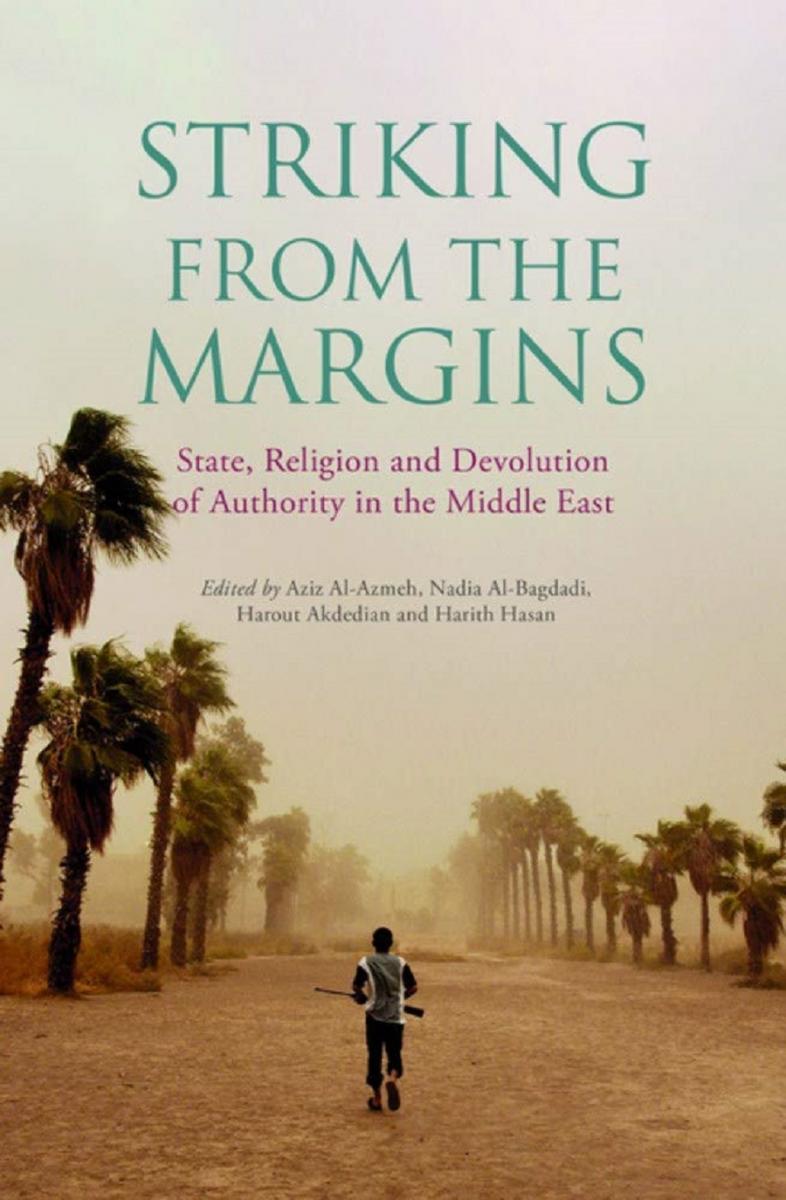 Striking from the Margins, Phase I: Religion, State, and Disintegration in the Middle East

Striking from the Margins: Religion, State, and Disintegration in the Middle East

The first Phase of the research project Striking from the Margins: Religion, State, and Disintegration in the Middle East from 2017-2019 sought a nuanced and dynamic understanding of the transformations of religion in relation to those of state and social structures, most specifically in Syria and Iraq, over the past three decades. It aimed to work towards conceptual and analytical vocabularies which would be more adequate to the situation than common recourse to culturalist and post-colonialist explanations, by lending keen attention to social dynamics, political economy, conjunctural developments and the global setting of comparable developments elsewhere.

The project has been concerned centrally with processes and mechanisms whereby once marginal sets of social, cultural, political and geographical margins, including religious margins, have been moving to the political center. The conditions under which this is occurring are ones associated with the atrophy of state functions and the rise of neo-patrimonial communalist, including sectarian and tribal, formations. In analytical terms, the project deliberately intended to question assumptions about religious or sectarian ‘revivals,’ ‘returns of the repressed,’ and kindered analytical terms and categories. Religion had never been absent, but recent decades have witnessed the reconfiguration and redefinition of the religious field in the Middle East, as elsewhere, very visibly and tangibly and within the lifetime of one generation. One crucial aspect of this redefinition and reconfiguration is activist and puritanical forms of religion coming to present themselves and to appear as alternative systemic to existing social, cultural and political practices.

The main thematic areas of the first Phase of the project involved a number of parallel, analogous or intersecting trends: the re-framing of religion and the devolution of religious authority to new actors; the atrophy and devolution of state functions, including some security functions, to informal patrimonial and private actors; structural marginalization and socio-economic, cultural and geographical segmentation. Transnational jihadist networks seem to lie at the various intersection points of these trends and to constitute a tendential fulfillment of the margins.

THE NEED FOR A NEW LANGUAGE AND INNOVATIVE ANALYTICAL FRAMEWORKS

The explosion of violence in the name of religion following the Arab Spring, ever-multiplying factional fissures, and the disaggregation of states and societies have left parties active and interested in the region searching for instruments that might enable a more cogent and convincing understanding of a seemingly intractable tangle of interconnected conflicts. The first phase of the research project “Striking from the Margins” (SFM), located at the Center for Religious Studies at the Central European University and financed by the Carnegie Corporation of New York pursued a new language and analytical frameworks to facilitate greater understanding and contribute to discussion in research, policy and information communities.

SFM conducted research and outreach programs, established a discussing forum on this web page and is in the process to publish conference proceedings and monographs with major research findings and ensured dissemination amongst research organisms and others at the research/policy interface. SFM held a bi-weekly research seminar from February 2017 to February 2019 in its Phase I., in its Budapest seat. It presented its research results and suggested analytical and comparative perspectives. The seminar was addressed by both CEU and external experts.

The project held a major conference at the American University in Beirut in January 2019 and discussed its research and analytical outcomes. This was preceded in June 2017 by a consultative conference in Budapest where designated representatives from the project’s partner institutions gathered to discuss the defiance of the striking margins in the Middle East. The SFM team and the Carnegie Corporation, a representative of the research project's donor organization, was in attendance.