Secularism from a Contemporary Philosophical Perspective 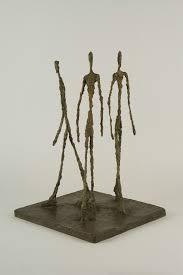 Abstract: Thinking clearly about post-secularism might benefit from re-examining the concept of secularism. Do we know what the secular stance is? Is it only liberalism applied to religion? Or does it bring with it more than this?  There has been interesting recent work on secularism by the philosophers Charles Taylor and Akeel Bilgrami. I’ll focus on Bilgrami’s work.  One question that emerges is this:  Is the secular stance only a matter of state neutrality on religion in the public domain or does it involve a wider debunking and detaching that leads to widespread “disenchantment.”

David Weberman is Associate Professor in the Philosophy Department at CEU. He studied at the University of Michigan. He earned his MA at LMU, Munich and his PhD at Columbia University. Before coming to CEU in 2005, he taught at the Illinois Institute of Technology, University of Wisconsin and Georgia State University and had a fellowship at Harvard. He has published on Heidegger, Gadamer, Foucault, Sartre, the philosophy of history, metaphysics, race and space. He is working on the concepts of interpretation and understanding.