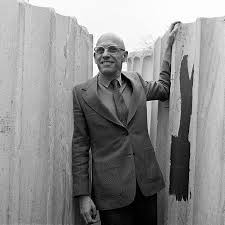 In a much-publicized editorial event, French publisher Gallimard presented in February 2018 the fourth and last volume of Michel Foucault’s History of Sexuality, entitled Confessions of the Flesh (Les aveux de la chair). Gallimard had received the manuscript from Foucault in 1982, but interrupted the publication after the author’s death, in accordance with his will. Discovering the book now, thirty-four years later, allows to encompass the wide sweep of the History, which famously analyzes the shaping of Western subjectivity through the verbalization of sexual experience. Having reached back from nineteenth-century science to ancient Greek philosophy in volumes 1-3, Foucault zooms in on the Church Fathers and late antique monasticism. He explains how religious texts and practices tie sex and truth together through the introspective ritual of confession, the pursuit of virginity as an art of life, and the sexual economy of Christian marriage. Three medievalists and historians of religion from among CEU’s faculty will discuss Foucault’s yet untranslated text and insert it into the contemporary current of reflection (largely inspired by Foucault himself) that has connected the body and its desires with discursive order and the production of subjective identity.