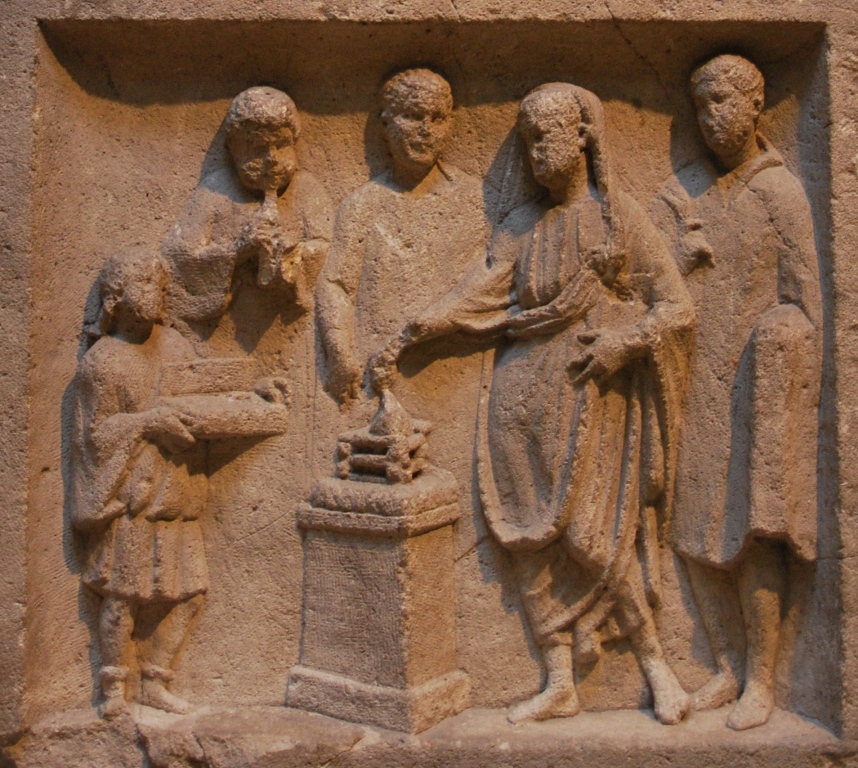 Family religion or "Manism", as rather misleadingly called by Herbert Spencer, is in fact a surprisingly universal phenomenon, from the Neolithic up to the present day in China or Turkey. Is it a religion at all? With no gods, temples, priests or creed and with its domestic "liturgy" of the fireplace and grave, it is in an unconspicuous way present in the early literatures, Greek, Hebrew as well as Indian. Its basic ideas can be found in Hinduism and Avesta, in popular Christianity or Islam, as well as in Catholic and Orthodox liturgy. Through its understanding of a burial, of a permanent and patriarchal marriage, of property and heritage, of the "sacred" privacy of the house and with the strict duty to have a son, it shaped our own institutions too. After a short overwiew of its habits and expressions, the questions shall be raised: Why to call it a religion? Has it something in common with the Monotheistic religions? Can its universality be of some value for the modern, highly individualized and urban societies?

Jan Sokol (1936) is a former craftsman, software developer, translator, dissident and occasional politician. He has served as Vice-chair of the Federal Assembly (1990-92) and Minister of Education (1998) and was the governemental candidate for the office of Czech President in 2003. Since 1992, he has been teaching Philosophic Anthropology and Philosophy of Religion at Charles University in Prague, and has also served as dean of the new Faculty of Humanities from 2000-2007. His main focus is philosophy of religion ("Man and Religion", in Czech in 2004; in German in 2007), anthropology of institutions ("Power, Money, and Law", in 2007 in Czech) and ethics ("Ethics and Life", in 2009 in Czech). He has published articles in multiple languages and lectured across Europe and the United States. In 2008/9 he was a senior fellow at Harvard University and lectured on Religion, Ethics, and Human Rights.