CESAR 2022 PhD Conference brings Religious Scholars from the Region Together 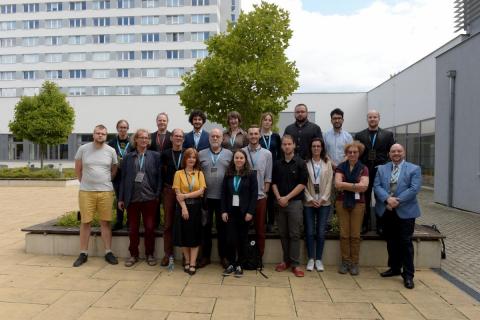 By unanimous decision of the coalition PhD steering committee, the event was hosted this year by the Department of Philosophy and Religious Studies at University of Pardubice, Czech Republic from 1-3 September 2022.

The conference brought together around 30 PhD and MA students and guest speakers from across the region together to consider this year's theme Transformations of Religions in Times of Crises: Spiritual Alienation and Rethinking of Ethics.

The opening keynote on 1 September 2022 was delivered by Professor András Máté-Tóth (Szeged University) on Security and Religion in Today's Central Eastern Europe: Inspirative Hommage al Giddens, Berger and Inglehart, where he expanded on his theory concerning the wounded collective identity facing the Central European region.

The closing keynote on 3 September 2022 was delivered by Philosopher Hugo Strandberg (Åbo Akademi University) on Faith and the General Equivalent questioned the human understanding of the notions on which many of the assumptions about religious altruism and behavior are based.

Overall eight panels covered a range of themes connected to the theme and two panels even directly addressed the current situation during the Covid-19 pandemic. 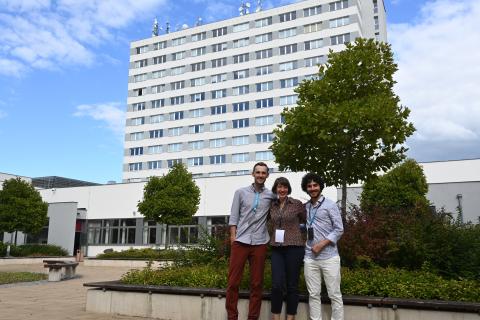 Both Boros, with his research entitled Redefining Buddhism and the Place of Religion in Late 19th - Early 20th Century China, and Paxton, with his research Under God's Consent: An Examination of Christian Nationalism as a Driver of Competitive Authoritarian Politics in the United States and Hungary, presented in Panel One of the conference.

CEU thanks Pardubice University for their generous hosting of the event. Congratulations many thanks to Vilém Skopal, head of the organizing PhD team at Pardubice, for his excellent logistical work and all the other PhD student with whom this entire event depended.

We are looking forward to CESAR 2023, now planned for Szeged University, Hungary!