Osman Bahadır Dincer co-authored: Democratisation in ambiguous environments: positive prospects for democracy in the MENA region after the Arab Spring 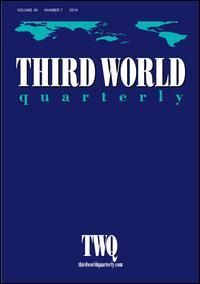 Instead of writing off the post-uprising period in the Middle East and North Africa (MENA) as a failed attempt at democratisation, this article argues that the region is still undergoing an ambiguous and contingent process in which democratisation survives as one likely path among others. From this alternative viewpoint, the uprisings have multi-faceted, complex and uncertain consequences that constitute the beginnings of a long-term transitional phase in which various forces of political development continue to coexist in competing fashions. We argue that amidst this ambiguous process, the uprisings have introduced game-changing dynamics with regard to democratisation. We further attempt to identify these dynamics and discuss the potential value of the post-uprising experience as an asset for regional democratisation. For this purpose, we underline at least three crucial aspects of the post-uprising experience regarding democratic development in the region: (1) the demonstration of the potential for political change, (2) the contribution to the democratic learning curve, and (3) the emergence of Tunisia as a ‘transition game’. This study aims to serve as a guiding analytical exercise in the study of democratisation within ambiguous political environments, such as the post-uprising MENA region, where identifying the direction of democratisation may prove difficult.