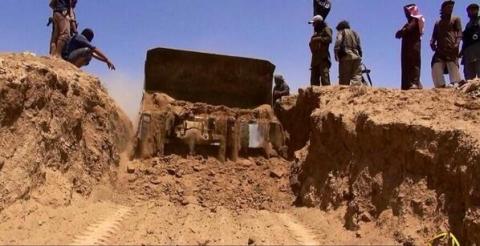 Circumstances in the MENA region invite us to redirect our attention to geographic areas that emerged as primary sites of power-contest. This paper looks into emerging trends in the unraveling of bounded sovereign territoriality in borderlands by examining the contest over military, economic, and socio-political spaces in the wake of the devolution of the monopoly of violence and the rise of a multitude of new and old actors to local prominence. Since 2011, borderlands in the MENA region transformed into considerable sites of contested power by a plethora of actors. The paper points out emergent patterns of deterritorialization and reterritorialization of power in its various forms and manifestations in borderlands. The dynamics of ‘place and performance’ in the borderlands of Syria and Iraq showcase the variety of ways borders were instrumentalized under circumstances of state atrophy and their destructive tendencies for borderlands.