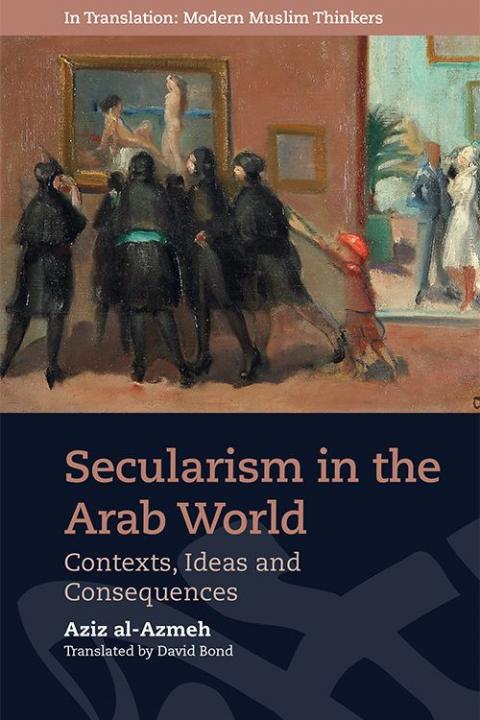 SFM Director Aziz Al-Azmeh, author of Secularism in the Arab World: Contexts, Ideas and Consequences is published in Association with the Aga Khan University Institute for the Study of Muslim Civilisations, which explores secularism and secularisation in Arab societies since the mid-19th century.

This book is a translation of Aziz Al-Azmeh’s seminal work Al-῾Ilmaniya min manz. hur mukhtalif third edition, 2008 that was first published in Beirut in 1992. Both celebrated and criticised for its reflections on Arab secularisation and secularism in the modern history of the Arab World, it is the only study to date to approach its subject as a set of historical changes which affected the regulation of the social, political and cultural order, and which permeated the concrete workings of society, rather than as an ideological discussion framed from the outset by the assumed opposition between Islam and secularism.

The author takes a comprehensive analytical perspective to show that an almost imperceptible yet real, multi-faceted and objective secularising process has been underway in the Arab world since the 1850s. The early onset was the result of adapting to systemic novelties introduced at the time and a reaction to the perceived European advance and local retardation. The need for meaningful reform, and the actions taken in order to put in place a new organisation of state and society based on modern organisational and educational criteria, rather than older, religious traditions, stemmed from the perceived weakness of Arab polities and from an internal drive to overcome this situation. The book follows these themes to the close of the 20th century, which was marked with the rise of Islamism.

A preface to the English translation takes a retrospective look at the themes from the vantage point of social, political and intellectual issues of relevance today.