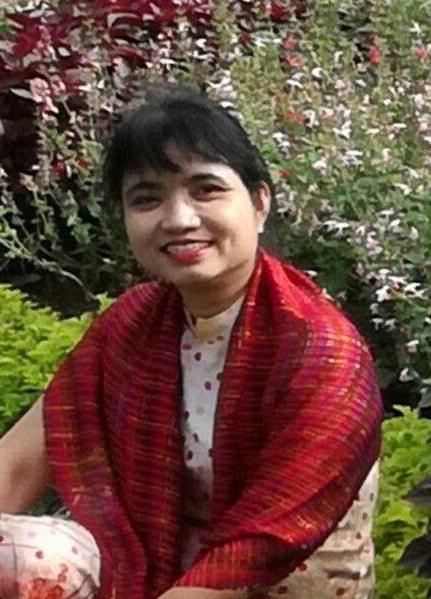 Khin Thidar is a Professor of History at Mandalay University, Myanmar. She obtained a B.A (Hons) (1993), MA (1997) and PhD (2003) from University of Yangon, Myanmar. Her teaching career began at Mawlamyine University in 1995. She teaches courses on Myanmar Art and Architecture, History of Buddhism in Myanmar and Southeast Asian History. She had done research works on the social history of Myanmar, religious studies in Myanmar and art history in Myanmar especially as it relates to Buddhist art. Her research papers have been published in Research Journals such as Journal of the Myanmar Academy of Arts & Science, Myanmar Historical Research Journal, Journals of Department of SEAsian Studies published by University of Malaya and Suvannabhumi published by Institute for Southeast Asian Studies, Pusan University of Foreign Studies, Republic of Korea. In 2003, She received the Prime Minister’s Honourable Award in Myanmar. In 2006, she received Outstanding Woman of the Year of Myeik Region, Southern Myanmar for her research project on analytical study of Buddha images and pagodas in Myeik region. Her research paper concerning the Cetiya of the late 18th Century and early 19th century of Myanmar won the Best Paper Award in Arts at Magway University in 2013 and her research paper on Monasteries with Sculptures of Magway Region also won the Best Paper Award in Arts in 2014. Dr Khin Thidar has presented her work at international conferences held in Thailand, Korea, Japan and China, specifically her research on Buddhist Art and Architecture of Myanmar. Her books on Theraväda Buddha Säsana in Myanmar were published in May 2017 by Lambert Academic Publishing, Saarbrucken, Germany. During her time as a CEU Visiting Research Fellow at Central European University, the topic of her research was “Reconsidering King Badon’s Exertions on Buddhism in Myanmar in the late 18th and early 19th Century”. This research will be presented at the international conference on “Reorienting Myanmar Studies in Myanmar” which will be held in Yangon, Myanmar in February 2018, with publication of the conference proceedings to follow.