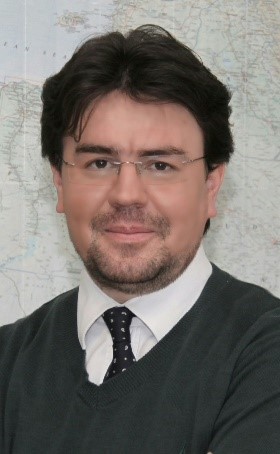 Abstract: There is a gap in the research on how the changes in the conceptualization of citizenship explain regime collapse in the Middle East. This study aims to fill this void by seeking answers to: Why do regimes collapse in the Middle East and what does citizenship have to do with it? By focusing on the two Assads’ periods (1971-2011) in Syria, this study traces the development of the concept of the relationship between the state and its citizen(s) in Syria to explain the sources and complexity of the protracted conflict. This study aims to promote thinking about peace in Syria through thinking about the origins of the conflict through analyzing the foundations of citizenship in that country. In doing so, it unveils the relationship among citizenship, nationalism, ethnicity, religion, political economy and foreign policy of the country from 1970s onwards. The study identifies, a ‘graded citizenship’ in Syria which is toxic for social cohesion and democracy.

Dr O. Bahadir Dinçer (PhD, Bilkent 2016) engaged in research at International Strategic Research Organization (USAK) between 2005 and 2016, Dinçer acted as the Director of the organization’s Center for Middle Eastern Studies after 2012. Prior to joining Central European University as a visiting research fellow, he worked as an Assistant Professor at Istinye University in 2017. As a comparative political scientist, Dinçer has focused the majority of his research on Middle Eastern politics with particular reference to the state, violent/non-violent non-state actors, social and political movements, democratization, and Turkish foreign policy. Dinçer has authored/co-authored numerous articles, reports and policy papers for various research institutions. He holds a MA Degree in International Relations from the School of International Service at American University in Washington D.C., a BA in Economics from the Middle East Technical University in Ankara.