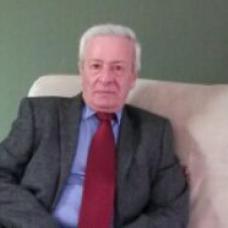 Abstract: The argument of this lecture runs against the widely accepted apocalyptic portrayal of the Middle East as “disintegrating” according to which the rise of politicized Islam is either a manifestation or a cause. A closer look shows that despite the bloody conflicts in three major countries in the region, more than ten other countries, including those lying in the vicinity of the war theaters have kept their political and societal fabric relatively stable.

What we are witnessing today is rather a bloody round of negotiation reflecting the changing power relations among the major actors within the respective societies with the aim of reestablishing and configuring their states that have hitherto drawn their legitimization from the concept of ethnic nationalism. Politicizing religion has been part and parcel of the processes of nation-formation in most of Europe and the United States and politicizing Islam today seems no exception. Apart from the Kurds’ long time aspiration to establish their own independent state in Iraq and an autonomous entity in Syria, the warring parties are striving to lay hand on the central power rather than carving out mini-states of their own.

Dr Isam al Khafaji leads a research team on the Middle East Interstate System. He taught at the University of Amsterdam and was a visiting professor at Yale University and New York University and was a distinguished research fellow at Brown University and New York University. Al Khafaji is an adjunct scholar at the Middle East Institute (Washington DC) and a contributing editor of “Middle East Report.” He is the author of the academically acclaimed “Tormented Births: Passages to Modernity in Europe and the Middle East.” (Translated into Arabic by the Egyptian National Center of Translation). Al Khafaji served as the senior expert to the UNDP for launching Syria’s first Human Development Report. He was the senior advisor to the UN envoy to supervise Iraq’s transition from the US led Coalition to Iraqi sovereignty.