Dr Harith Al-Qarawee: Shi’i Clerics and the Transformation of Authority in Iraq 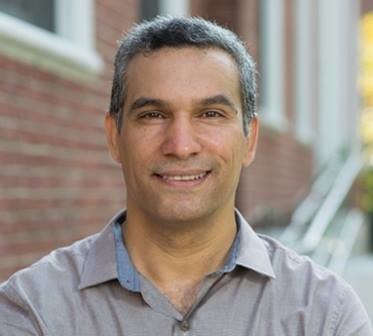 Prior to joining the SFM team, Dr Harith Al-Qarawee was research fellow at the Crown Center for Middle East Studies at Brandeis University. He continues this association as a non-residential fellow. He had been a fellow at Radcliffe Institute for Advanced Studies-Harvard University (2014/15). After completing undergraduate study at the University of Baghdad, he completed graduate studies at Leeds University and obtained a PhD from Sant’Ann School for Advanced Studies in Pisa. Dr Al-Qarawee’s current research interests deal with authority, religion and identity politics in the Middle East, and with the reconfiguration of religious institutions more specifically. He has published both in English and Arabic dealing with themes of sectarianism, identity politics, Iraq’s system of government, ISIS and Shi’a political and religious groups. Dr Al-Qarawee was a member of the working group on religion and identity, as part of the Atlantic Council’s Task Force for the Middle East, a member in the Atlantic Council’s Task Force for the future of Iraq. He is now a member of the working group on minorities and gender in the “International Panel on Exiting Violence” in Paris.