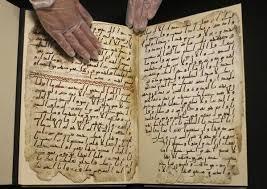 The Fritz Thyssen Foundation has awarded a EUR 18,000 grant to the CEU Center for Religious Studies and the Institute for Advanced Study at CEU for their upcoming International Conference entitled Qurʾānic Manuscript Studies: State of the Field, planned for spring 2017.

The conference will bring together scholars from a range of related fields to address the new opportunities and challenges presented to Qurʾānic Studies by the recent innovations in information technology that make it possible more precisely to assess manuscripts’ technical characteristics. While present technology now offers better identification of manuscripts and a better understanding of the history of particular documents, it also raises questions about the role of digital philology in future scholarship and, along with technical discussions and contributions to the conference, the broader consequences of material discoveries for the history of the Paleo-Qur’anic text. The early history of Paleo-Islam will be addressed at the conference, contributing to the relatively tardy but cumulative reconstruction of elements enabling what in the nineteenth century was known as Higher Criticism .

CEU Religious Studies Research Fellow Dr. Alba Fedeli’s recent breakthrough discovery of what may be one of the oldest fragments of the Quran in existence - the Birmingham manuscript - recently gained wide publicity in the media. She continues her groundbreaking research on ‘Early Quranic Manuscripts and their Relationship as Studied through Phylogenetic Software’ here at CEU.

On May 5, 2016, CRS hosted The Qurʾānic Text in the Formative Period of Islam, a discussion between Dr. Alba Fedeli (CEU) and Dr. Shady Nasser (Cambridge) moderated by CRS Director Professor Aziz Al-Azmeh (CEU) on intersections between traditional scholarship on Qurʾānic texts and the digital revolution in the humanities which is shaping a new perspective on the fixity and sacredness of Qurʾānic text.

“Shady Nasser and I are studying two different sides of the same phenomenon: the flexibility of the text of the Qur’an as it is in direct manuscript evidence and in the indirect tradition about the variant readings of the Qur’an. The two sides support each other. These interrelated approaches to the Qur’an are not new as, for example, Arthur Jeffery and Gotthelf Bergsträsser attempted similar complementary studies before the Second World War. What is new is the availability of new materials and the new technologies and, hopefully, we will put our data together using the same database system,” Fedeli said about the joint event with Nasser.